It was in march 2016 when I met Heval Agir the first time. Our position in the east of Eyn Issa in Kobani canton had been attacked by a suicide truck several weeks before and had been completedly destroyed: The remains of the old restaurant stood isolated in the desert-like plaine 50 km north of Raqqa, without walls, without cover, without anything. We had to rebuild everything and worked from the morning to the evening. In the night we had 3 hour guard shifts, always in range of DAIS morters, rockets and heavy machinegun fire. This was the situation when Heval Agir arrived, a situation where a lot of other people would say no to and would have gone back to easier places with better food, a shower and internet. Heval Agir understood that fighting in Rojava means more then just getting up for operations, firing some rounds and then to get back to the safer places behind the frontline. „Everybody can fight, but not everybody can stay at the place of war“ he said.
I remember one time a fellow friend looked at one of the magazines out of Heval Agir’s chest rig and the first three bullets were a little dusty. Like any true and proud soldier he took his gear without comments, went on his sleeping place and started to clean all magazines and bullets. In military matters Heval Agir was always disciplined and serious.
Although Heval Agir’s kurdish was not perfect his ability to communicate and to develop good relationships with all friends was impressive. When he showed his comedian-talents everybody was lying on ground laughing. Whenever Heval Agir saw me stressed, he started to immitate Arnold Schwarzeneggers German-English and my troubles, the stress and difficulties of the frontline disappeared. When we planned to paint the restaurant, Heval Agir came up with a loads of drafts. Together we had big plans of murales of our martyrs, YPG-flags and of course the american eagle. Eventhough Hevale Agir was a real us-american patriot who loved the Marine Corps, he was able to accept different political opinions and perspectives on capitalism as well as the us-american history. He was open-minded and true and honest to his own positions, and because of that we respected each other. We concentrated on the values that united us, the essential matters of life and war, and of course the enemy. Together we spend hours observing the enemy and drew up possible attack plans. Well prepared for battle we were waiting together every night for the enemy to show up. I will always remember the funny and creative code names Heval Agir gave the enemy positions along our frontline. Unforgettable are the moments when Heval Agir shouted from the roof of our restaurant „Katuscha coming from Johnny Apple Seed“.
Working, fighting and living with Hevale Agir was an honour for us all, and we will never forget this time. Hevale Agir was a good soldier, a brilliant comedian, an ambitioned artist and an altruist who loved people without making differences between different religions, colours, nations or political opinions. But more importantly Hevale Agir was a real friend, in good days and in bad days, and with his friendship he earned a spot forever in our hearts and minds. Loosing him was hard, but Hevale Agir was always realistic. He knew the risks and took them responsibily and concnioussly. He fought for live, knowing that live means more then just eating and breathing. He could not accept injustice and judged DAIS’s brutal attacks against the people in Rojava as attacks against humanity itself. Living in peace and comfort while other people are suffering made him crazy. Thus he was willing to risk everything in the fight for freedom and equality. That he lost his life in the struggle is hard for all of us. We lost a good friend, a loved brother who was a truly unique individual. He will never be forgotten and in our minds and hearts, our stories and our fight against the enemy he will live forever. 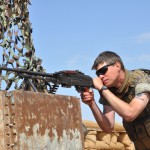 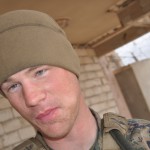 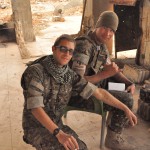 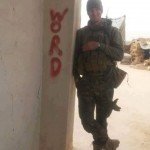 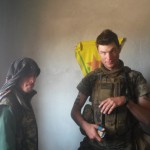 What made a young american coming here when he could stay at home?
Heval Agir was among the first to engage as volunteer among the YPG forces last year to fight the islamic state. He did his time here, and came back home. But there was still something wrong : Islamic state was still existing, and still continuing crimes. Agir came back. It didn’t had any sense to stay at home until the job here is done. He fought in Shadadeh, he fought in Ain-Issa, and then in Manbij.
We spent nice time together, talking about tattoos he wanted to do once he’ll be at home, talking about opening a restaurant here in Rojava with north american specialities only (his mac n`cheese had a reputation in the frontline!), or doing jokes. It wasn’t possible to be bored with a guy like him, full of energy and life.
But even he was the best for jokes, or to quote any cult movies, he was knowing how to be serious.
For his job first, soldier, it was impossible to see Agir late for a guard, or to not control a situation. Too, the reasons he was here was clear on his mind. It wasn’t a game or to have a gun. It was the result of a reflexion about human and the duty each of us have to others. Heval Agir wasn’t only a friend, or a soldier for us. He was also an humanist.
To him, being here was the same thing than being in Europe to beat the nazis 75 years ago.When dictators rises, we need to stand up against them. If we don’t, nobody will do. And we let the evil spread. He wouldn’t have be satisfied until the last human on this earth would be free.
Too, he was often mentioning that we need to protect the weakers, refugees, oppressed people, whatever they are, wherever they are. Armies doesn’t exist to use the force, but to ban the force out of civilian area. Soldiers sacrifies themselves to keep the war far from people who don’t want it. That the choice he did. Rather than child or family, if someone would have be get killed, he would have prefer giving his own life. And that is what he did.

He joined the heroes that history needs, the long line of people who push up the human condition to something better. That what I remember when I think to my friend. I think about his family, and all the things he would have do if he was still there.
He’s a hero, and I hope that people in their daily life, when they walk on the street, have fun or just relax in their room, remember that the price of peace is the blood of people who said no.

I first met Heval Agir (Levi Shirley) on the frontline in Til Tamar in 2015. Even though he had only been in the country a few weeks he had just got out of his first major firefight with the Islamic State.

His unit had come under a brutal and sustained night attack by ISIS fighters. Agir and his comrades had the higher ground so after a long night 12 Isis lay dead and only one Kurdish fighter was slightly wounded. It was a brutal introduction to the International Volunteers in Syria but it was exactly what Agir wanted. He came to fight and participate in the destruction of one of the most vicious ideologies of hate this world has ever seen.

Agir had been a proud member of the US marines. In fact, he talked of little else! I’m not sure I’ve met a greater patriot of America or someone who knew so much about its military history. He taught me a lot, particularly about the US tradition of fighting in foreign wars.

For him, the fight against ISIS was like the young Americans that joined the British airforce during the Second World War. The American Eagles weren’t content to sit out the war and watch the facists roll over Europe. In the same spirit, Agir couldn’t stay at home and watch while ISIS raped and murdered their way across Syria.

Agir had a determination to see you smile! He was always cracking jokes and doing impressions of the people around him. A few months ago – to boost morale – he did a comedy routine for a couple of Kurdish units on the frontline. He had people in stitches, to say he was loved would be a understatement.

This was his second time in Syria, nearly 1 year of fighting ISIS on the ground. He came before the Obama administration realised the significance of the YPG alliance and it’s ability to ‘degrade and destroy’ ISIS.

He came for no pay. For no public recognition or medals. He came knowing that he risked death and terrible injury at the hands of a brutal and remorseless enemy. Even with all this considered, it was in Agirs nature to risk all that to protect the innocent people that suffer the most.

When Americans hear about his sacrifice, I hope it gives them great pride. We are one human race that shares one planet. It’s about time people realised that liberty and justice aren’t just words, they’re a birth right. Agir knew that the West could have done more to stop ISIS years ago. He felt compelled to make a difference so he led by example and paid the ultimate price.

Rest in peace old friend, you died a Kurdish and American hero. 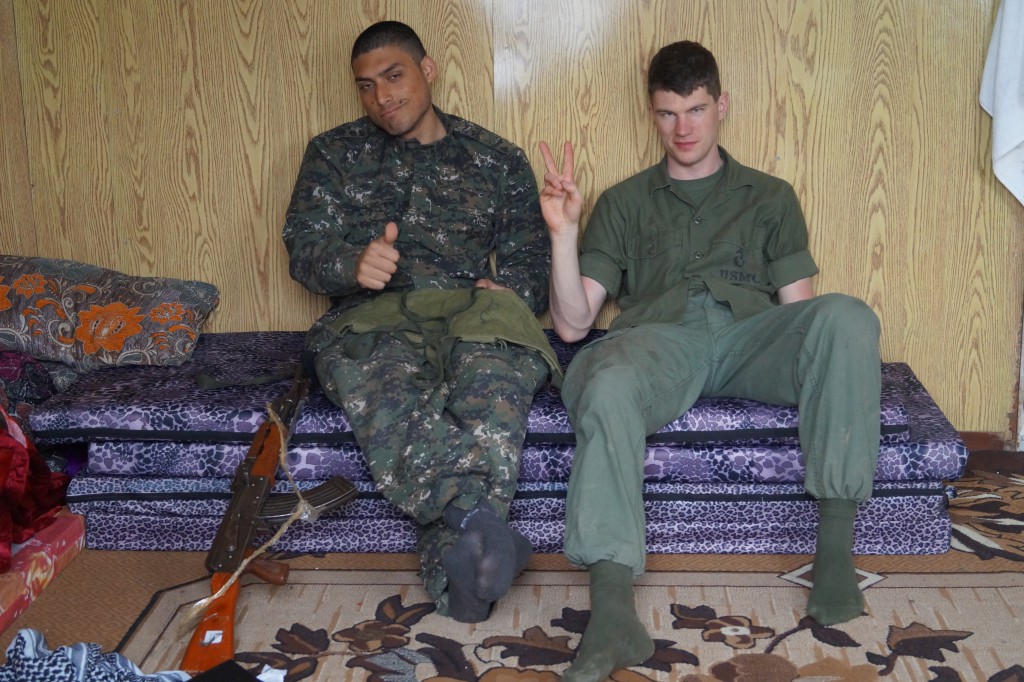 Heval Agir was a very brave man. I spend five months with him last year, and ran into him many times in Manbij. Myself, all the other westerns and the kurds enjoyed his company very much. He was the funniest guy I have met. The one liners and the knowing of many movies line by line was much needed when moral was low. He was very proud to being helping in the fight against evil, he said many times that ‘ÍS is the greatest threat to man kind since Nazi Germany”. He was happy to help the kurds and the revolution in Rojava ,saying many times if we want the Middle east to become a stable place the USA needs to be helping military and help with making Rojava a successful place for people all of creeds and ethnicity’s. Heval Agir will be missed by many people in Rojava and around the world.