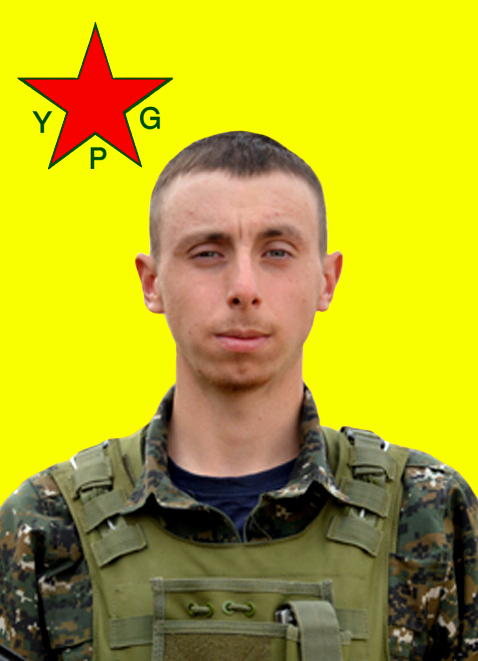 It is difficult for me to write this text. To write about the dead, especially the Sehids, our martyrs is not easy. Heval Givara gave his life for the fight for justice and freedom in the fight against the most inhumane gang on this planet. To give justice to such a human and his struggle is not easy. Whatever I say will be not enough.
Heval Givara and I met each other in early May 2016 in Tel Tamir. We both joined Heval Ameds tabor to participate in the operation that set out to liberate Manbij. For about three month we lived and fought side by side, shared joyful moments as well as hardship in this gruel conflict. We both did so motivated because of the duty we felt as humans.
Heval Givara was no politician, he was no former soldier, but for me he was one of the most impressive fighters I ever met. Heval Givara was a normal human, an English boy from the countryside with the aim to fight DAIS. He was a young man who saw the need to stop evil who turned into a soldier, a comrade and friend who did not care if someone was Kurd, Arab, Muslim or Christian.
In the battle against the enemy Heval Givara fought at the very frontline constantly searching for the right, not the easiest way. With his determination and way of fighting he took on the enemy without hesitation. This made him a blueprint and source of inspiration who gave us energy and motivation especially in difficult situations. I will never forget the time we spend together. His memory as a human and fighter will always be a shining beacon of hope in dark and lonely moments. All of us should try to live up to his memory and continue the fight for humanity and freedom. We should do this to honor our fallen such as my friend Givara. I give my condolences to his family and all of his friends as well as all other families of martyrs who died for this honorable fight for dignity and justice. 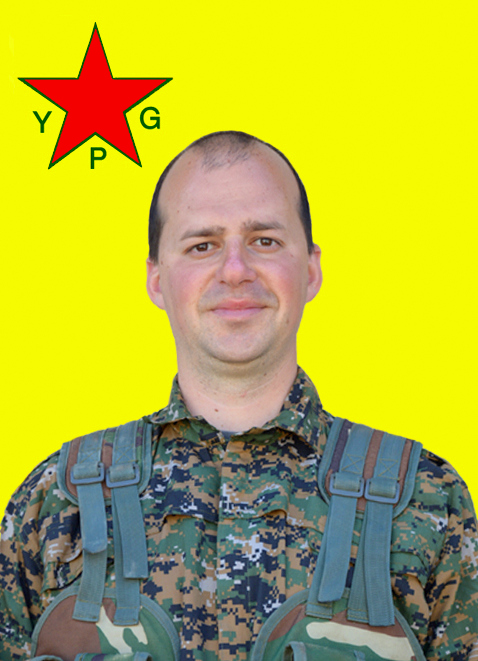 Heval Rodi was a very kind and caring man who had a sincere interest in in helping the people of Rojava in their fight against Daesh. He always had a smile on his face and his mood was infectious, lifting the spirits of all those around him. There was never any task too small for him to complete and he would never complain or attempt to shirk his duties no matter how menial. Though Heval Rodi had no formal military background, he plunged headlong into Y.P.G. culture and training once he arrived in Rojava and consistently showed his eagerness to learn sound military skills and practices in order to be the best soldier that he could be on the battlefield. He was a great friend to all of us that knew him or fought with him and his memory, bravery and sacrifice will never be forgotten.